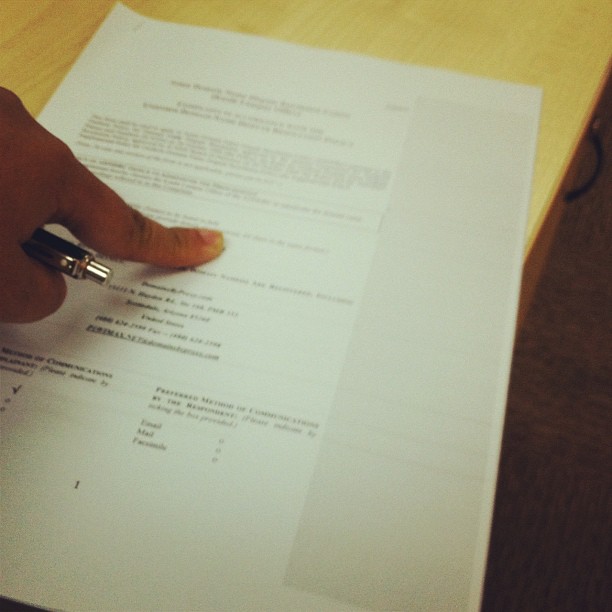 My post “Four Asset Concealment Tools” says that assets can be hidden by fraudulently transferring them to a trust.  This 15th post in the “Divorce & Hidden Money” series concentrates on the evidence a divorcing spouse might try to collect if marital assets are concealed by a trust.

A spouse can use the pretrial discovery phase of a divorce to gather evidence about any marital assets concealed by a trust.  Based on this evidence, the divorcing spouse may be able to credibly argue that assets at the trust are marital property subject to distribution by the Court.  A divorcing spouse might also claim the trust was void if the trust was “self-settled” (i.e. the grantor and beneficiary were found to be one and the same).  Under certain circumstances a divorcing spouse can additionally assert the trust veil should be pierced because the trust wrongly concealed assets &/or facilitated fraudulent transfers.  See Babitt v. Vebeliunas (In re Vebeliunas), 332 F.3d 85, 91 (2d Cir. 2003) (discussing New York cases where right to pierce trust veil was preserved).

Below is a demand for documents, (i.e. a production request) and demand for answers to interrogatories employed by the Chapter 7 trustee in the Seattle, Washington Michael Mastro bankruptcy case.  The Chapter 7 trustee made these demands suspecting Mr. Mastro hid assets at trusts.  Mr. Mastro had formed LCY Trust under Belizean law and it had a Belizean trustee, called “Compass Trust Corporation.”  The Chapter 7 trustee’s demands sought information regarding the location of assets, transfer of assets, banking records, etc.  They give a glimpse of the kind of evidence a divorcing spouse should collect if a trust is thought to conceal marital assets. 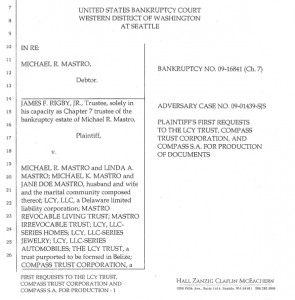